We scoured the internet looking for opinions from real women and talked to an expert to get the truth – and it may surprise you!

Premature ejaculation (PE) is one of the most common sexual dysfunctions. As many as 1 in 3 men struggle with PE, which is usually defined as reaching orgasm within 1 minute of beginning penetration. However, anyone who comes before they or their partner wants them to could be suffering from PE.

Many men are extremely distressed by PE, but a lot of them are too embarrassed to talk openly about the issue with their friends or partners. Luckily, Reddit is a place where open discussions on sensitive subjects are common, and the answers you see there usually contain the frank honesty that anonymity allows for.

Later on, we will interview Dr. Langham, a professional consultant for the Between Us Clinic and a clinical psychologist with a Master of Science in marriage and family therapy. She will share her knowledge about PE, its effects on men who have it and things you can do to stop it. But first, let’s see what the people of Reddit have to say.

So what do the women of Reddit think about premature ejaculation?

Here are some examples of how the ladies and gentlemen of Reddit honestly feel about premature ejaculation.

Some women don’t even think PE is a problem

One man asked how women would feel about an average guy (not rich, not ultra-handsome) who has a sexual dysfunction like erectile dysfunction or PE:

And at least one woman responded positively:

This woman states that she would date and have sex with a guy who had ED or PE, but would encourage him to talk to his doctor about the condition:

While some women find PE to be a dealbreaker…

For every woman who doesn’t feel like premature ejaculation is a big deal, there is probably one who feels the opposite way, such as this woman here:

Here is another woman who feels that a lengthier time of full penetration is something she needs to feel sexually satisfied:

This young man’s girlfriend apparently felt the same way about his PE:

Some women have mixed feelings about PE…

Several of the women of Reddit expressed mixed feelings about the idea (or reality) of having a partner with PE. Specifically, some of these women feel that PE need not be a dealbreaker as long as their needs are met in other ways:

A couple of women stated that, while PE may be somewhat disappointing, it is preferable to sex that is extremely long-lasting (which may or may not be due to a sexual dysfunction at the opposite end of the spectrum from PE, delayed ejaculation). :

Here is what relationship expert Dr. Langham wants you to know about premature ejaculation

While there are plenty of women out there who don’t think PE is a big deal, some women feel so strongly about it that they would consider their partner’s PE to be worth ending the relationship over.

There is no simple consensus among women regarding the topic of PE, but many men would prefer to prevent premature ejaculation, even if their partners don’t find PE to be bothersome.

We asked Dr. Langham to answer a few questions that usually trouble men who suffer from this issue.

In your experience, how does PE usually affect relationships? 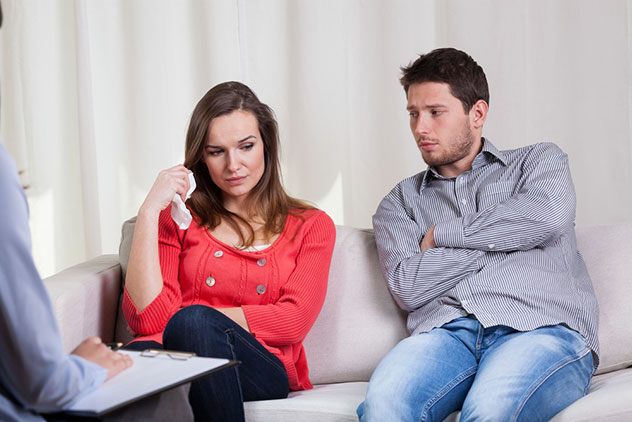 Premature ejaculation (PE) can really take the mojo out of a man’s sex life, but, in some cases, it can also wreak havoc on his relationship. The reason why, though, may shock you. Women report that a low libido (sex drive), along with sexual dissatisfaction are some of the reasons their relationship tanked after being with a man with PE. However, it wasn’t the quick sex that caused the unhappiness; the real problem was that the women felt that their partners spent more time on “performing” (ie stamina and duration) than their needs (ie foreplay, romance, kissing, cuddling, etc.).

Then, there’s the issue of shame. Men, who have PE, tend to feel embarrassed about having it. This embarrassment can prevent them from talking to their partners or spouses about the issue. The problem is the lack of communication often causes a distance in the relationship – one that the partner can feel. This can lead to misunderstandings in the relationship, and later anger and resentment. The woman may feel that the distance is caused by her, when in reality; it is coming from the condition and the belief that a man isn’t a man unless he can “perform.”

As for sexual satisfaction, women report that they are more “fulfilled” when their partners do not have the condition. In fact, approximately 20% of women state that sexual issues like PE are a major factor in how satisfied they are in their relationship. Moreover, these women state that prolonged sex is crucial to their overall relationship happiness and that they are more likely to “dump” a man with a “penis problem.” It is important to understand, however, that unresolved sexual issues can chip away at even the healthiest relationships over time, so it’s important for a man to get checked out, if he suffers from this condition.

Should a man be up front about his PE when dating a new partner?

Yes, but not immediately. In other words, a man should share with his partner that he suffers from premature ejaculation, but only after he’s sure that his partner will understand. Now, it is important to “warn” the new partner about the condition before having sex, because if he waits until afterwards, she may feel betrayed or lied to. She may also feel that her partner does not trust her enough to tell her the truth. However, it’s important that the man “feel” his new partner out, before sharing something that is so personal with her. The man should definitely wait for a few dates before disclosing the condition – that is if he can wait that long to be intimate.

What would you say to men who stopped looking for a partner because of their PE?

I would tell men, who stopped looking for partners because of their PE, to “get back on the horse” so to speak. In other words, I would tell them to keep looking for those “right” partners because they are out there. The first thing I would do is assess how the condition is making the man feel – as an individual and possible partner. How is it affecting his life (ie self-esteem and relationships)? Then, I would determine if he really wants to be in a relationship. If so, I would suggest that he seek treatment (ie sex therapy exercises).

If he is already going through and still feels emotionally distressed, I would help him work through his complex feelings, some of which could be worsening his condition. I help him get to the root of why he’s feeling the way he is feeling. What PE-related experiences has he had that are now causing him to shy away from dating? I would give him “pointers” on how to handle the PE with potential partners, so he’s better prepared for any questions and concerns.

Lastly, I would help him improve his self-esteem (through exercises and activities), which is needed if he is going to re-enter the “wild world of dating.” So, I would tell these men to research their condition thoroughly, so they can explain it to women, in easy-to-understand terms, then I would tell them to “feel out” potential partners (ie build a relationship) before disclosing the condition to them. I would suggest they start going out with women “as friends” first, and then, once they know the potential partners better, explain the condition to them.

If a man experiences premature ejaculation, should he seek treatment even if his partner is not bothered by the PE?

Yes, he should seek treatment – for himself. Even if the man doesn’t realize it, PE affects him – his self-esteem and relationships. Not seeking treatment may not seem like a big deal, but what if he and his partner break up in the future and he’s forced to re-enter the dating world – how will it affect him then? Will it narrow his prospects and if so, what will that do to his self-esteem? Will he be embarrassed by the condition? And, even if he and his partner stay together for the long haul, what if his partner becomes resentful towards him over time? Then what? So, the best way to avoid future stress woes is to be treated for the condition.

Is there a chance that women, who don’t find their partner’s PE troubling, would be upset if their partners sought treatment and had successful results?

There is a slight chance that a woman would be disappointed, if her partner sought treatment and had successful results. Why? Well, because the woman may find comfort in the fact that some women find men with PE “undesirable.” More specifically, this condition could give the woman security in knowing that she does not have to compete with other women for her man. So, the treatment and successful results could make this woman feel insecure, sparking feelings of jealousy, when other women pay attention to her partner. In this situation, the woman probably would not want her partner to have the treatment. The PE is a way for her to control her partner and control the situation, so without it, she loses that control. Conversely, the man could change after treatment, desiring to “try out” his new sexual performance with other women, thus, damaging his relationship. Still, I imagine that most women would be happy with the results, because they would be the beneficiaries of these newfound sexual drives and endurances.

Where to seek treatment

For men who would rather prevent their premature ejaculation than find a way to make living with it more appealing, there is still plenty of hope. Premature ejaculation can be treated using a series of exercises that teach men to control ejaculation and prolong sex. You can learn to improve your ejaculatory control by using the Between Us Clinic’s Premature Ejaculation Program, a smart online program developed with the help of sex therapist Dr. Zuckerman that includes a home exercise program for self-treatment of premature ejaculation.